Mr. Ramirez has over 20 years of experience, including extensive architectural and MEP work on federal, commercial, retail, residential and institutional projects.  He has also worked as an MEP (Mechanical, Electrical and Plumbing) Engineer Assistant for around four three years.  Furthermore, he worked as an Architectural Designer, for about fourteen years with some of the most prestigious Architectural firms in the Washington Metropolitan area such as AI (Perkins + Will), HSMM, The Lessard Architectural Group, Smith Group, Hickok Cole Architects and AECOM. He has completed projects including interior and architectural design, working on a wide variety of projects which range from new commercial office, Institutions, Residential (single and multifamily homes) and historic buildings. In 2009 Mr. Ramirez opened his own Design Build Architectural firm working and managing his own projects from design phase to final construction. Project range from new single family homes, new addition to existing homes, Landscape development for renovations of tree recreational parks for the city of San Miguel, El Salvador and the development of a concept for a new soccer stadium.

​Mr. Ramirez received his Bachelor of Architecture from The Catholic University of America.  He also received an associate degree of Construction Management an Associate Degree in Civil Engineer from Northern Virginia Community College. 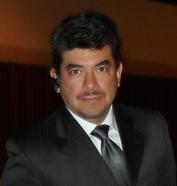